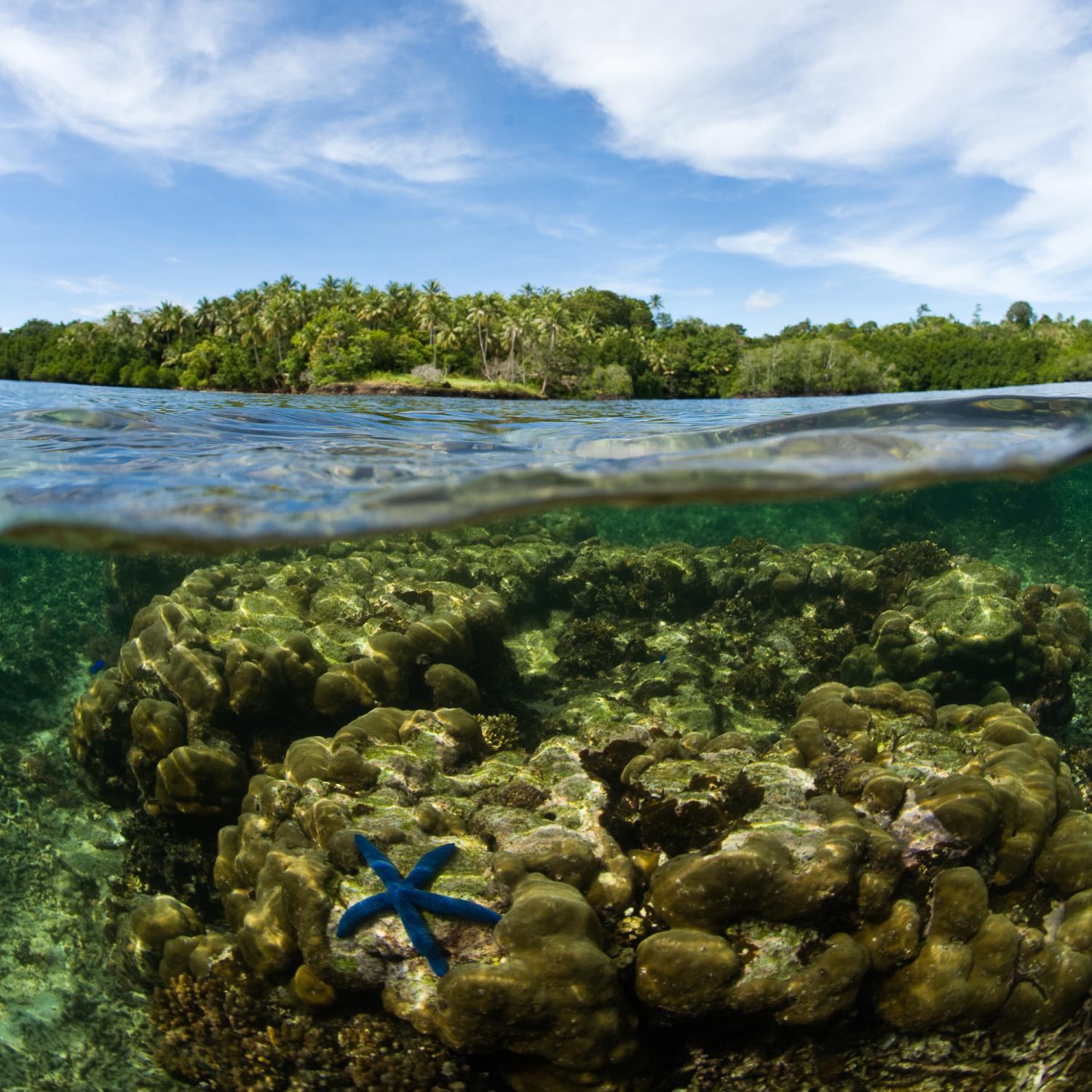 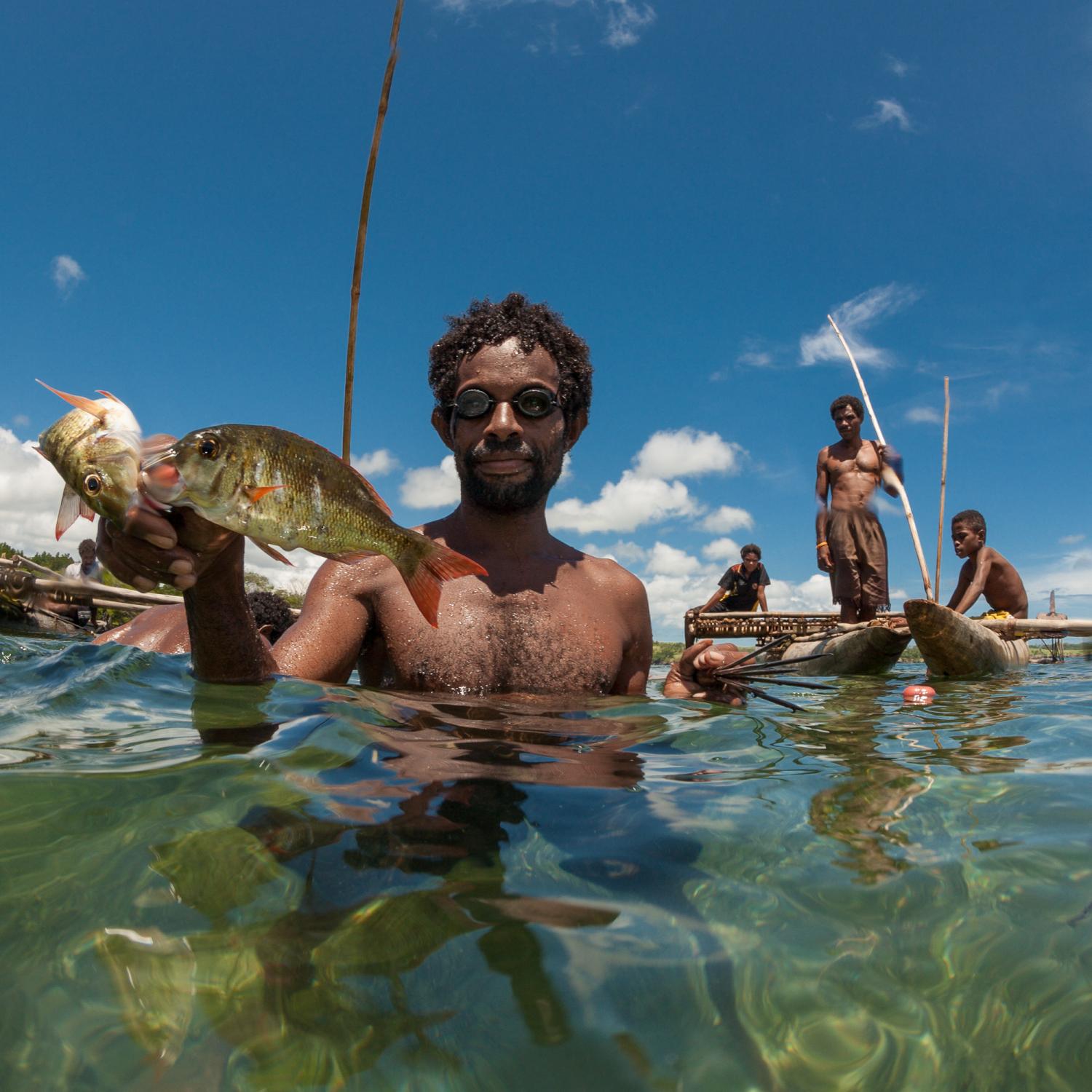 Traditional method of fishing in the shallow waters. After being trapped in an area surrounded by nets, the men snorkel to spear the fish. "Sweetlips" are a favorite of the village communities of the Tufi area, Oro Province, Papua New Guinea 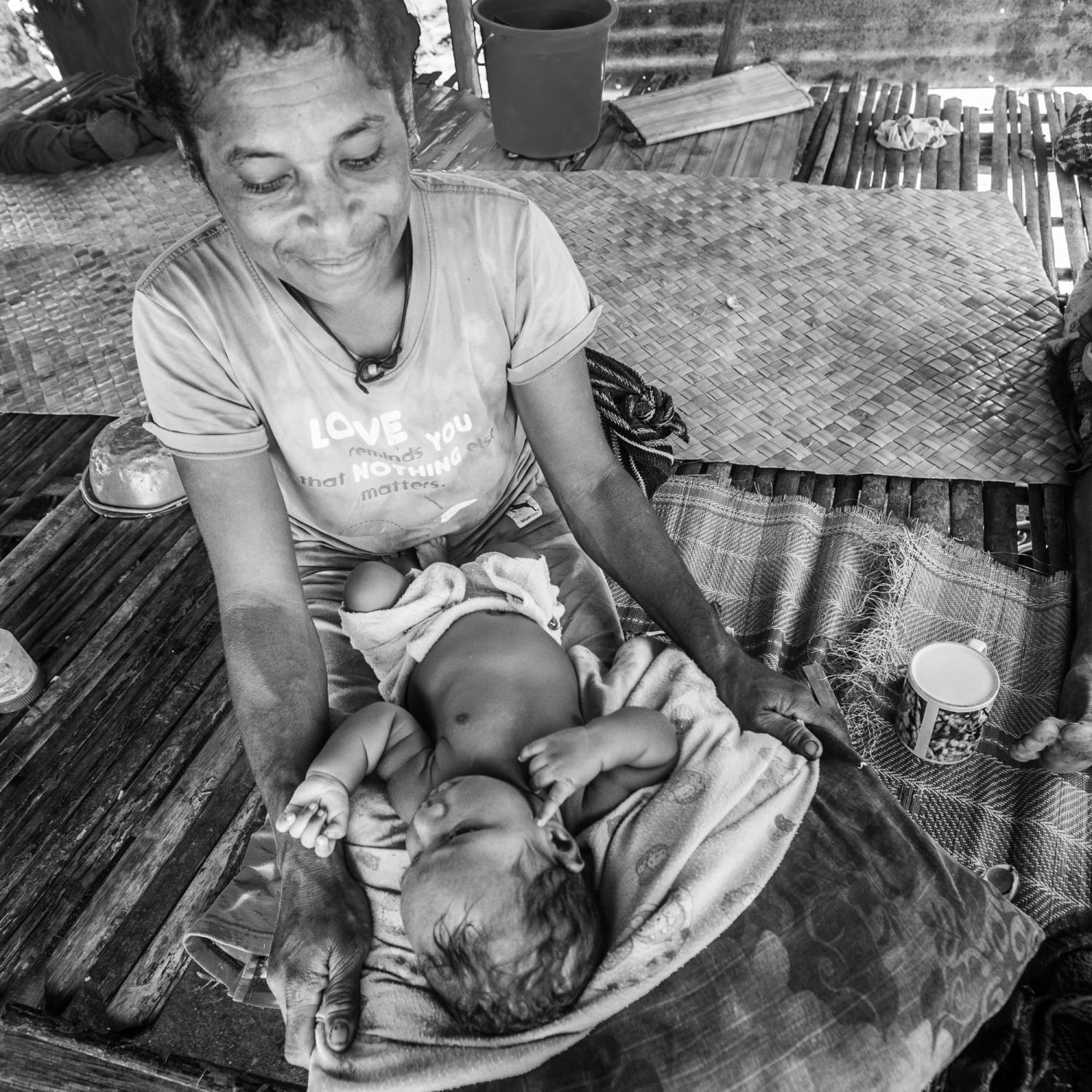 The intricate shores along the Bismark Sea is in an area called, Tufi. It's complexity is because Cape Nelson in Oro Province, Papua New Guinea, was formed by sunken rivers mouths called rias. It is also important to remember the people of Oro depend on these water ways, with access to the sea, as vital to their fishing abilities. 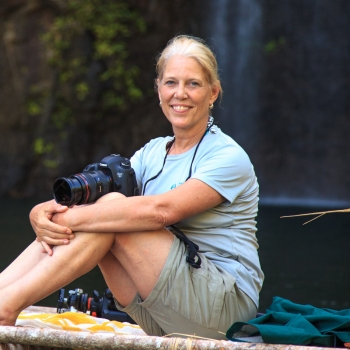