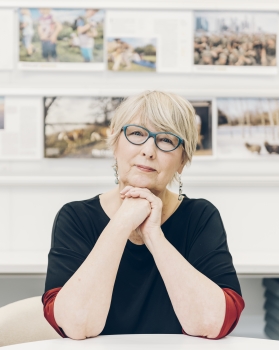 In 2013 Sarah Leen became the first female Director of Photography at National Geographic Magazine and Partners. In late 2019 she founded the Visual Thinking Collective, a community for independent women photo editors, teachers and curators dedicated to visual storytelling.

For nearly 20 years she worked as a freelance photographer for the National Geographic magazine until 2004 when she joined the staff as a Senior Photo Editor.

Leen works with individual photographers and agencies consulting and editing projects and books including the America, Again project by the VII Photo, the 2020 FotoEvidence and World Press Photo Book Award winner HABIBI by Antonio Faccilongo, Anders Wo by Petra Barth and Like a Bird by Johanna-Maria Fritz.

Leen is a member of the Board of Directors of the International League of Conservation Photographers.