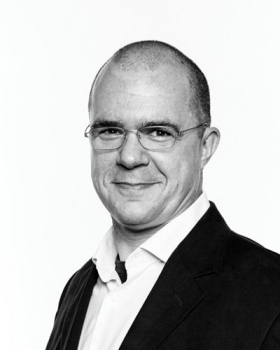 Member
Spanish born Daniel Beltra is a world-renowned photographer living in Seattle, Washington (USA). Daniel started out as a staff photographer in his native Madrid for the Spanish National Agency EFE. After four-years there, he became... read on

Daniel started out as a staff photographer in his native Madrid for the Spanish National Agency EFE. After four-years there, he became the Paris based Gamma Agency's correspondent in Spain. For a decade, he covered hard news and feature stories for Gamma around the world. He is fluent in English, French, and Spanish and is conversational in Portuguese from his many trips to the Amazon.

In 1990, Daniel began his collaboration with the NGO Greenpeace becoming one of their main freelance photographers. He has documented expeditions to the Amazon, the Arctic, the Southern Oceans, and the Patagonian Ice Fields.

His work has appeared in the most prominent international publications.

Daniel brings the sensibility and craft of a news photographer to the fields of nature and the environment, making images, which inspire greater respect and conservation of our planet. Shown in large format these images have the beauty and composition of fine art while telling a vital story.

Since 2001 Daniel has photographed the changing Amazon rainforest, witnessing both the worst drought in living memory and one of the Amazon Rivers most extensive floods. He has documented the burning of thousands of acres of untouched rainforest. Daniels photographs inspire an enhanced appreciation of this primeval forest and the plants, animals and people that depend on it.

In 2006 and 2007 Daniel was awarded at the World Press Photo and the China International Press Photo Contest, for his work on the Amazon drought. In 2008 he received the Global Vision Award from the Pictures of the Year International Competition.

On April 16, 2009 Daniel Beltr won the Princes Rainforests Project Award. This Project, founded by His Royal Highness The Prince of Wales, recognizes the global role played by rainforests in climate change and aims to achieve consensus about how the rate of deforestation might be slowed and stopped. Tom Stoddart, Chair of the Award Judging Committee said: For over two decades Daniels cameras have highlighted mans devastating impact on the planet by depicting the destruction of ancient forests, peoples, oceans, species and the ozone layer. His passion and talent to inform in tandem with his artistic eye, makes him the perfect recipient of this most prestigious and important award.

Daniel is a Fellow of the International League of Conservation Photographers.