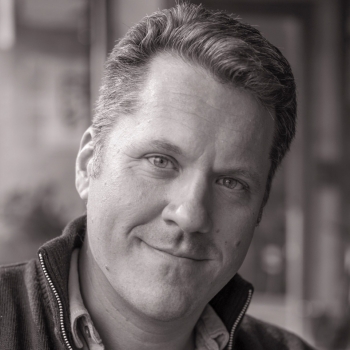 Member based in Washington, DC, USA
Justin Black is a photographer, writer, photo workshops and travel organizer, an IAATO-certified Antarctica guide, and an affiliate member of the ILCP. A professional photographer since 1995, in late 2010 he founded Visionary Wild... read on

Justin Black is a photographer, writer, photo workshops and travel organizer, an IAATO-certified Antarctica guide, and an affiliate member of the ILCP. A professional photographer since 1995, in late 2010 he founded Visionary Wild "workshops and travel for the passionate photographer," has served the ILCP as Executive Director (2009-2010), and was General Manager and Curator of Mountain Light Photography (1999-2009), founded by ILCP Honorary Fellow, Galen Rowell.

Justin's photographs have been published internationally, by magazines such as National Geographic Adventure, Sierra, Sunset, American Photo, Outdoor Photographer, Outside, Rock & Ice, and Nature Conservancy. Among conservation NGOs that have used his photographs in their campaigns and publications are The Sierra Club, National Parks Conservation Association, Land Trust Alliance, Earth Justice, Panthera, The Wilderness Society, Conservation International, the Chesapeake Bay Foundation, ILCP, and the Wild Foundation.

Justin has also served as an editor and contributor to numerous award-winning photo book projects, including Galen Rowell: A Retrospective; Freshwater: The Essence of Life (ILCP); The Wealth of Nature: Ecosystem Services, Biodiversity, and Human Well-Being (ILCP); Our National Parks: America's Natural Heritage (ILCP); as well as Flying South: A Pilot's Inner Journey by Barbara Rowell. Justin's limited-edition prints have been exhibited by galleries in the USA and Europe, and are also represented via his portfolio website at JUSTINBLACKPHOTO.COM.

As Executive Director of ILCP, Justin oversaw an explosion of productivity in expeditions, publishing, multimedia production, and the achievement of successful conservation outcomes. He contributed photographic coverage to ILCP's Rapid Assessment Visual Expeditions, including Flathead (2009), Yucatán (2009), and Chesapeake (2010), as well as a solo project documenting the Dragon Run watershed on Virginia's Middle Peninsula for The Nature Conservancy. One of Justin's photographs of the Flathead River appeared as a section opener in the Vancouver Sun newspaper, the first time the threats facing the watershed had any prominent coverage in that regionally important media outlet. The photograph was later selected by the U.S. Senate for display in the Capitol Building.

In late 2010, Justin established Visionary Wild, building on his successful leadership of the Mountain Light workshop program and applying expertise gained at ILCP to provide superlative workshops and expeditions for passionate photographers seeking to advance to the next level of creativity, quality, purpose, and meaning in their work. His own work continues to evolve in new directions, driven by the ongoing search for extraordinary qualities in our world's dynamic landscapes.

Justin lives in Washington, DC, with his brilliant wife, Lena, their son Philippe, and daughter Alexandra.